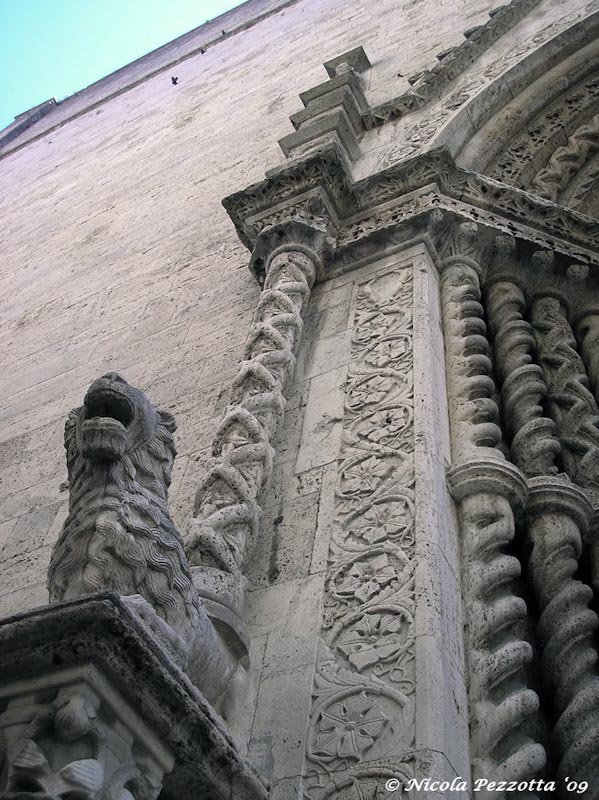 Funny thing, try and mention Ascoli Piceno and ascolan olives will immediately come into everybody’s mind, even though some people tasted them just once. It’s really that easy to be captivated by this delicious fried delicacy.

Olives can’t be separated from Ascoli because so far they became a distinctive element of the city just like Piazza del Popolo, Palazzo dei Capitani or other important places that you shouldn’t miss during your visit.

Ascolan olives have long since crossed their regional border becoming famous abroad too. Then if they are so famous, why should we talk about them in this article? It’s easy to say: sometimes both across the regional border and in the very same province of Ascoli I happened to taste stuffed olives whose only ascolan thing was the name. They were just imitations, or “culinary fakes” as the Accademia Italiana della Cucina would say. “Culinary or gastronomic fake” is when a dish has a name, but the ingredients and the prescribed procedure are not observed. Think about an amatriciana pasta sauce without cheek lard for example. In a recent research the Accademia Italiana della Cucina through its 290 delegations all over the world supervised the public catering in Italy and abroad in order to check the actual coherence of the recipes in the restaurant menus with the traditional ones, jealously kept from AIC itself. They discovered that the “culinary fake” phenomenon is wide-spread abroad – as we already knew – but deeply-rooted in Italy too – which is what surprised us. Within 530 confirmed “culinary fakes” reports 360 were from our own Country, which is over 70%. So I felt like I had to remind what sets ascolan olives apart from common stuffed olives.

The three major points of an authentic ascolan olive are: the olive, the stuffing, the method.

Olive: the particular variety used is “Ascolana Tenera”, which is grown in the Ascoli Piceno and Teramo districts. It’s a big drupe, oval-shaped, green and palatable with a crunchy taste and a fragrant aroma. The “Ascolana Tenera” is full of pulp, solid and very soft, just like its name suggests. This softness is what makes it one of the most appreciated, in fact they are the best pickled olives (for fresh consume) and the best for the ascolan olives preparation in the period from Christmas to Easter. The time is short because the tenderness is its best quality but also its limit, in fact after Easter the fruit tends to get spots, to get ruined and flabby.

For the rest of the year Greek, Spanish or Sicilian olives could be hiding under the breading passed off as soft ascolan, as the delegate of the Accademia Italiana della Cucina Alberto Regno points out.

The production disciplinary is supervising this delicacy since 2005, stating that “stuffed pickled olives, fresh or partly cooked” can be freezed immediately after the production, allowing a long time conservation and resolving the issue of the time limit.

The stuffing: the authentic ascolan olive has got a rich and tasty heart made up of three different kinds of meat – beef, pork and chicken – in different proportions. About that the disciplinary established that the meat must be from farming of the same areas of the “Ascolana Tenera”. The different meats are wisely cooked together with carrots, celery, onions and dry white wine, getting then ground all together. The mixture is then enriched with other precious ingredients such as grated cheese and nutmeg which bring out the taste. After checking the salt, the mixture is thicken with eggs, thus getting both a soft and solid consistency at the same time.

The method: the operator’s skill is essential for this phase, in fact olives must be hand-pitted. Starting from the leafstalk with a unique cut in the pulp we get kind of a pulp tape which allows the olive to take its original shape again, once the tape is rolled up again around the stuffing. The shape is something we don’t have to ignore because an olive with too much stuffing (too rounded) couldn’t capture all the aroma and the softness of the olive, as if it was smothered by the stuffing. On the other hand an olive with little stuffing wouldn’t have the tasty and full notes given by the meats. The true ascolan olive is the result of a perfect balance between pulp and stuffing, between external crunchy and a soft heart, and this balance is what donates to palate a unique flavor completeness which is hard to describe.

Olives are then covered in flour and in egg. In the end they are breaded with breadcrumbs, which have to stay close to the olive.

They are now ready to be fried in oil.

The ascolan olive, or more precisely the stuffed “Oliva Ascolana del Piceno Dop”, is the “fritto misto all’ascolana” main ingredient, together with breaded lamb ribs and “cremini”, which is pretty solid custard cream, cut in rhombus shape and breaded. In my opinion the olives and “cremini” combination is the perfect union, because the sweet taste of “cremini” is balanced by the olive delicate bitter taste and by the savoury meats; the sweet/salty contrast exalts best both flavours.

With the regulation CE number 1855 of 14th November 2005 the European Union gave to this delicacy the Dop designation. The Dop “Oliva Ascolana del Piceno” is strictly reserved to pickled or stuffed olives of the “Ascolana Tenera” variety from Ascoli Piceno, Fermo and Teramo.

So since 2005 the cultural methods of “Ascolana Tenera” olive tree, the production method of pickled and stuffed olive and the conservation methods are strictly controlled by a production disciplinary in order to protect this regional typicalness.